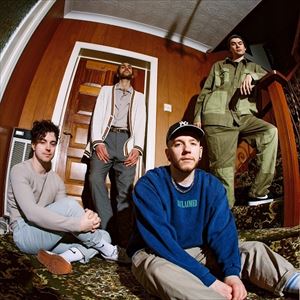 Yakul at The Boileroom

With influences like J-Dilla, D’Angelo and Hiatus Kaiyote, Brighton based four-piece Yakul cut an idiosyncratic figure in British music. Marrying introspective emotive lyrics with deep grooves and jazz-infused progressions, they’ve created a sound that is matchless in its depth and its voracious fusion of styles and vibes across the musical spectrum. Yakul have picked up a growing reputation on the live circuit, further cementing their status at the forefront of the international resurgent neo-soul movement. Their debut EP Getting Late was released in August 2019 with support from tastemakers like Gilles Peterson on BBC Radio 6, Jamz Supernova on BBC 1Xtra, KCRW, Jazz FM and others. The lead track ‘Blossoming’ off the EP was voted #6 Track of the Year on the prestigious Gilles Peterson’s Worldwide Awards 2020. In addition, the band was also nominated for the Best Jazz Act of the Year at the Urban Music Awards. Their most recent single ‘Company’ was featured on Spotify’s New Music Friday UK and various publication playlists, going on to become their most streamed song to date. In November last year, they released their Kaleidoscope EP to general acclaim, capping the cycle with the reworked ‘Company’ featuring Mereba. Their debut album is expected at the end of this year.

Find out more and buy tickets.