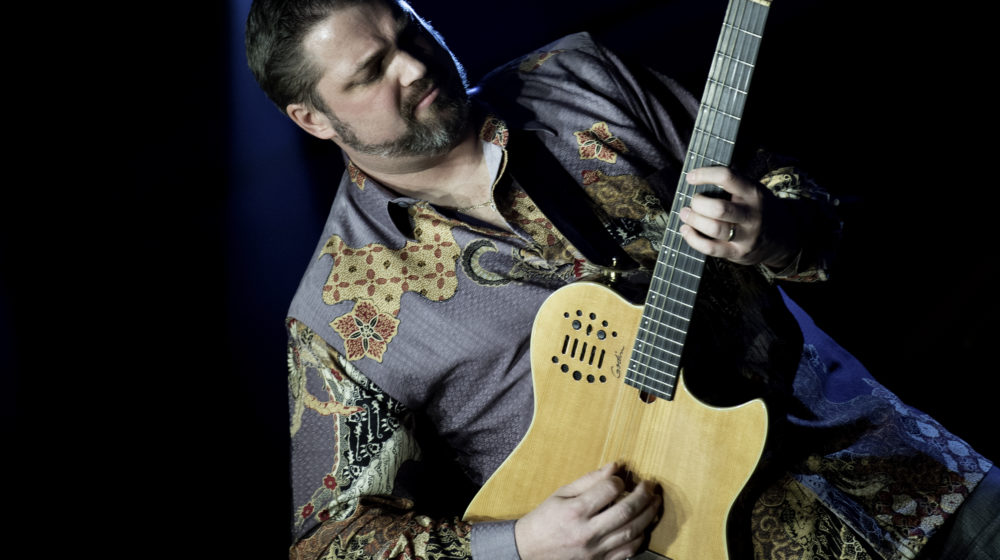 In a few short years, Nicolas Meier has earned a reputation as one of the UK’s most original and uniquely talented guitarists. Drawing from a love of Turkish, Eastern & Middle Eastern music, Flamenco, Tango and more – all mixed with jazz – he’s one of the rising stars in a vibrant British jazz scene.

However, Nicolas’ versatility and musical fluency extends well beyond that, as his considerable talents grabbed the attention of rock guitar legend, Jeff Beck, hiring him as a member of his group, which has seen him complete two world tours.

During the course of his six-string baptism and global sojourns, Nicolas has been the recipient of numerous awards. A truly dedicated student of the instrument, he has pursued advanced studies at Switzerland’s prestigious Conservatoire de Fribourg, and subsequently earned a scholarship to Boston’s illustrious Berklee College of Music.

Nicolas’ sound is rooted in his love of playing jazz on acoustic guitar, especially his Godin nylon-string. It’s a sound that lends itself especially well to Flamenco and Middle Eastern music, also – conveniently – as these influences, and more, are brilliantly fused in his unique multilingual style.

Nicolas Meier World Group’s new album Peaceful features the talented Demi Garcia on percussion, Richard Jones on violin and Kevin Glasgow on bass. Together they capture the beautiful colours of the different folk sounds they incorporate in the world compositions written by Nicolas.