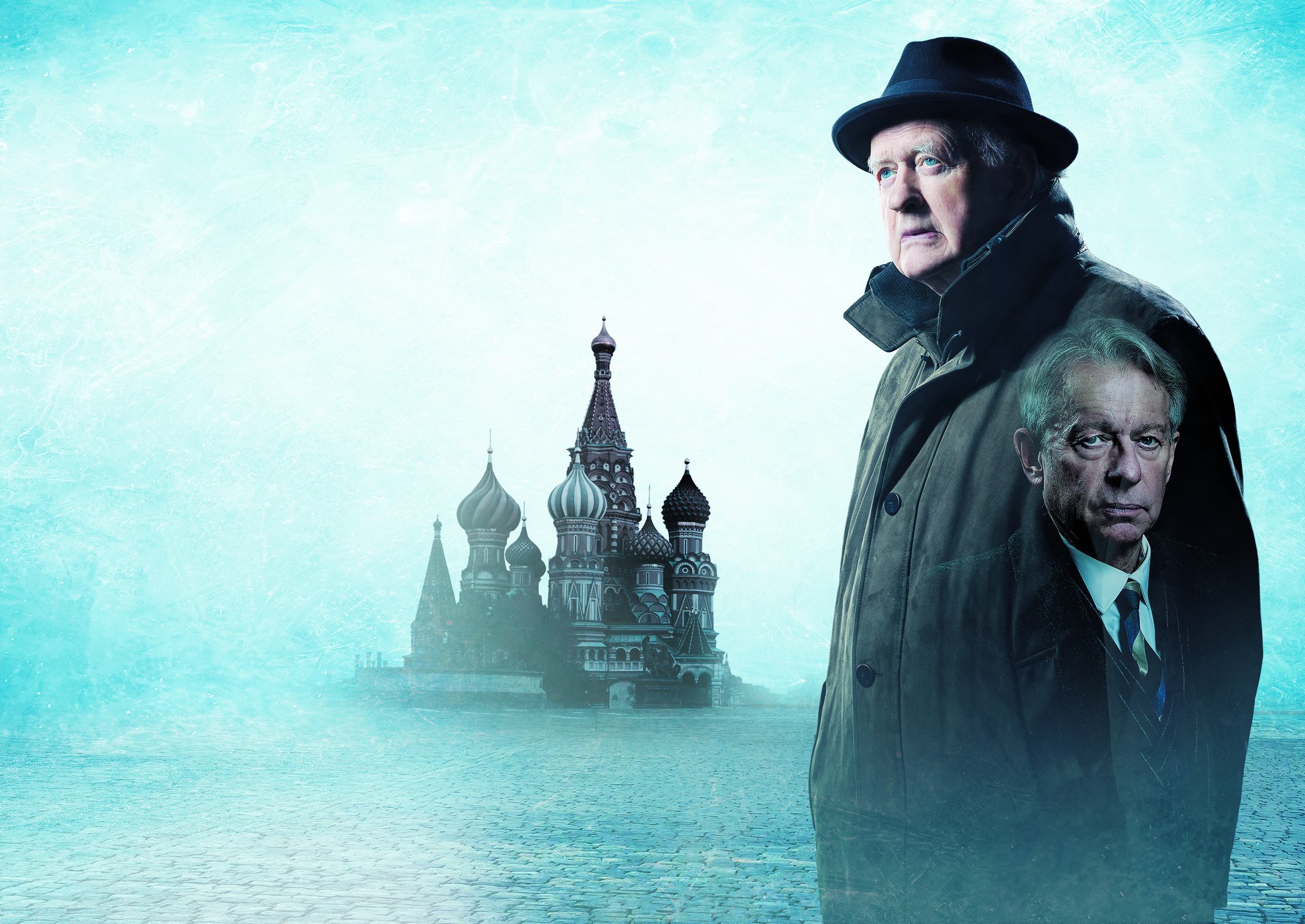 A Splinter of Ice at The Yvonne Arnaud Theatre

Under the watchful eye of Rufa, Kim’s Russian wife, the two men set about catching up on old times. With a new world order breaking around them how much did the writer of The Third Man know about Philby’s secret life as a spy? Did the Red Spy Philby betray his friend as well as his country?

…and who is listening-in in the next-door room?

From the writer and director of the award-winning West End hit play Three Days in May which inspired the Oscar Winning film Darkest Hour. Ben Brown’s coruscating new political drama explores an unlikely friendship. Yet a friendship woven of deceit as well as loyalty.

One feels for a moment the sharp touch of the icicle in the heart.

Starring Oliver Ford Davies (Game of Thrones, Star Wars) as Graham Greene and Stephen Boxer (The Crown) as Kim Philby. From the award-winning producers of hit online productions of Birdsong and Apollo 13: The Dark Side of the Moon and stage productions including the five-star revival of Alan Bennett’s The Habit of Art.

For more information and to book, please click here